Dairy Trust Taranaki has 15 Trustees who make up our Board of Governance. This comprises of nine Trustees who have been appointed for a three year term through recommendation of a Nominations Committee and five Trustees who are appointed from our Appointing Entities. The Trust also currently has one co-opted Trustee 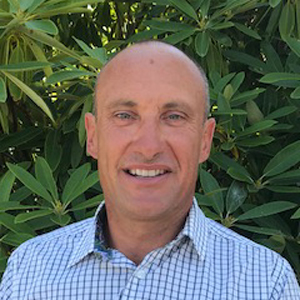 Duncan was born and raised on a town supply dairy farm in the Manawatu. Studied Applied Science in AgriBusiness at Massey University. After completion worked for NZ AgriTech company Tru-Test for 8 years in Auckland and North America in various sales and marketing roles. Moved back to the family farm in 2003 and then moved to current farm in Waverley after converting the farm in 2007/2008. Became involved with the TARS research farm around 2010 and was involved in the formation of the DTT. Other governance roles include school board, Junior rugby and Waverley Racing club. 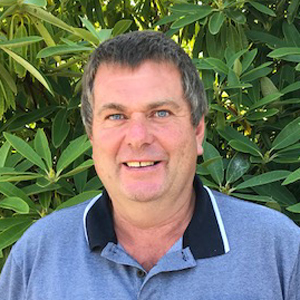 Paul has been farming for more than 30 years in various positions around Taranaki. After meeting his wife Lynelle 22 years ago they expanded their business by going share milking in the central plateau. They currently own a dairy farm in Mahoe and one in Opunake.

Paul has been on the Stratford Demonstration Farm board for 22 years and is currently the Chairman. Before this he was in YFC and held all club, zone and regional chair positions. Paul and Lynelle enjoy musical theatre as well as tramping and camping at a hut on their farm with their three teenage children. 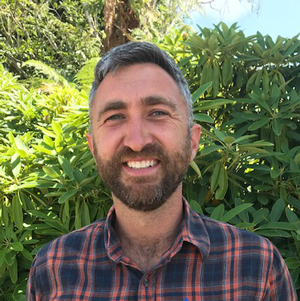 Simon is Taranaki born and bred. He graduated from Massey University in 2002 with a Degree in Applied Science. Simon has worked in the fertiliser and banking industries and also has experience farming in both Ireland and Scotland. Simon and his wife Lisa have three children, they currently milk 1600 cows in Oeo, on owned & lease farms with a mixture of OAD & TAD operations. 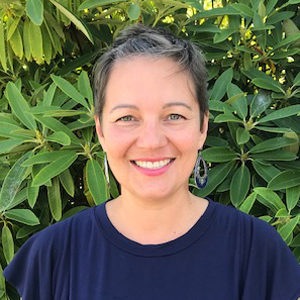 Jamie Swan owns a dairy farm under Mt Taranaki with her husband, Alister, and three children. Jamie is a member of the Institute of Directors New Zealand and brings a strong governance focus to strategy, risk, and board effectiveness. Jamie’s dairy career started in the USA while completing university, with Fonterra USA, importing dairy ingredients for the local market, eventually immigrating to New Zealand to continue supporting Fonterra’s global transformation programme. After meeting her husband in 2006, she settled in Taranaki where she enjoys bush walks, exploring local beaches and being with family. 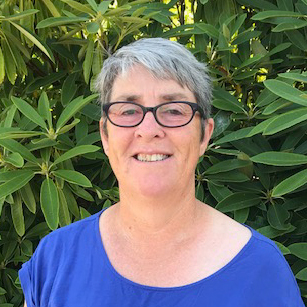 Tracee has been dairy farming with her husband Alastair Snowdon for over 32 years, on a small 200 cow farm near Manaia.  In the 1980’s she graduated from Lincoln University with a Diploma in Agriculture and a Diploma in Field Technology.  She worked as a dairy science technician at the Taranaki Agricultural Research Station from 1987-1995.  Tracee has always held a keen interest in dairy science and innovations she has learned, have been implemented on her own farm.

In 2017, Tracee and Alastair made a change to autumn calving which is proving to be highly profitable and a healthy change for their animals and themselves. 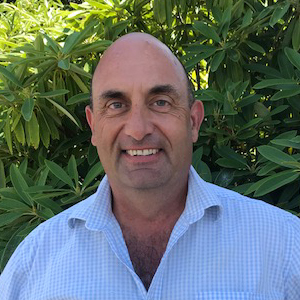 Brendan is the owner of a consultancy and dairy farm supervision business. He is a graduate of Massey University with a Bachelor of Agriculutre and post graduate diploma in Agri Science. Brendan has 30 years’ experience working in the dairy industry including roles at LIC, Dexcel and Fonterra. Brendan and his wife Susan own and operate a self contained 350 cow dairy operation in Huinga, in Eastern Taranaki, running a system 3 dairy operation, focusing on pasture utilisation, building careers for young couples and delivering sustainable profit. 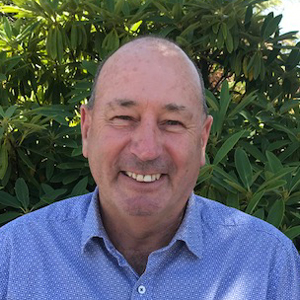 Shane Ardern farms two dairy farms in coastal Taranaki with his wife Cathy in equity partnership with his two sons Jonathan and Cameron.
Shane is the former Member of Parliament for the Taranaki King country Electorate.
He has served on many different committees both local and in central Government.
He is a former Chair of the Primary production select committee, The Government administration select committee, the agriculture caucus committee.
Shane served on many different Federated farmers’ committee positions and on other local district committees.

Shane believes The Taranaki Dairy Trust can serve a vital role in the development of well researched science based farming practices for Taranaki and New Zealand.
These will be essential for the New Zealand economy and the district of Taranaki to maintain a desirable lifestyle for all going forward.
The importance of the Agricultural selector has never been as great as it is now and cannot be overstated. 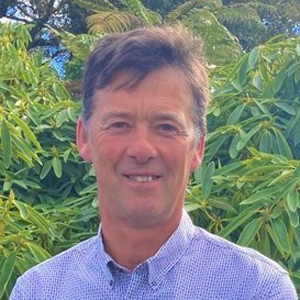 Chris is a new addition to Dairy Trust Taranaki and is the South Taranaki District Council Appointed Trustee. Chris completed a Diploma in Agriculture and travelled before becoming a full-time farmer in 1986. He has moved through the share milking system to farm ownership with his wife Mary on Oeo Road. As his daughters moved through High School, Chris spent nine years on the Board of Trustees, with six years as Chair of the property subcommittee. With family now also involved on farm, Chris has been successful at getting elected on to the District Council and is in his first term as Councillor. Outside of farming Chris enjoys time with family and friends, sports (mountain biking) and travel. 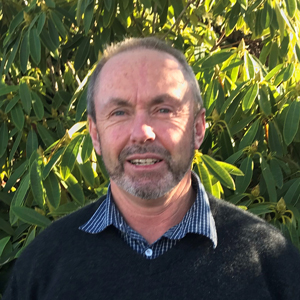 Roger Is a Business Manager with PKW Farm’s LP and oversees 10 farms dairy and dairy support blocks.
Roger is married to Julie and have three adult children and live on their 82 ha dairy farm just out from Kaponga.
He has been involved with this trust and one of its predecessors Waimate west Demo Trust since 2008.
He completed a Kellogg rural leader course in 2012
He was the chairman of a 26 member Equity dairy farm in the South Waikato for 10 years, selling that property in 2018. Roger supports new technology and seeks/supports regional and national research for the benefit of rural New Zealand. 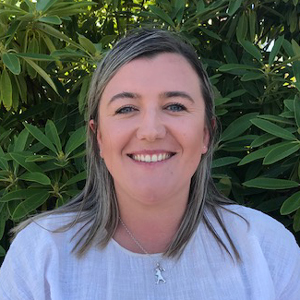 Hayden is dairy farming just south of Eltham where he owns and operates a 420 cow farm with his wife Alecia and their three young children.

Before going dairy farming, 10 years ago Hayden completed a PhD in Precision Agriculture and undertook the development and rollout of the Rapid Pasture Meter, for which he holds the patent. He also worked as the Innovations manager for C-Dax Systems.

Hayden has a passion for agricultural research and loves finding the balance between the research process and the commercial realities of farming. 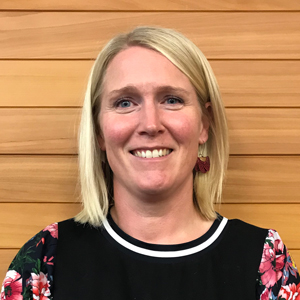 Jo, her husband Dion and their three children, live and farm in South Taranaki. They are 50:50 sharemilking 870 cows across two properties.
Jo has a Bachelor of Applied Science in Agriculture and a Post-Graduate Diploma in Farm Systems and management from Massey University.

Jo was a consulting officer for DairyNZ and the Taranaki Regional manager. With the growth of their business and the family, she moved into farm consultancy.
In 2017, Jo and Dion won the Taranaki Share Farmer of the Year. Since then she has been heavily involved in the management of the awards program in Taranaki until retiring in 2020.

Mark is the DairyNZ appointee to the DTT board.  He feels extremely privileged to hold this position as the regional science and research done by the trust is second to none in New Zealand.  The fact that Taranaki has 4 research farms with such diversity is brilliant and offered the trust a platform to do research that is very rare even with Government organisations let alone a volunteer based trust. Mark enjoys being able to work along side farmers who freely give their time and expertise for the betterment of the Taranaki dairy industry. 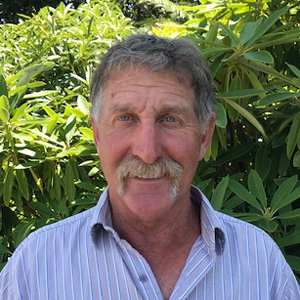 Graham was born in Opunake and attended Stratford High School.  He left school to do engineering.

Graham was from a farming background and always loved farming.   At 20, after purchasing 80 cows, Graham and wife Vanda started their 50/50 journey.  They spent nine years on three jobs around Central Taranaki, increasing cow numbers as they moved.

In 1987 they bought their first farm, sold 200 cows and moved to Inglewood to milk 160 cows.  They are still there today and have got bigger over time, up to 1900 cows on three farms.

Graham joined the Stratford Demonstration Farm as a Young Farmers rep and is still there today as a committee member. He joined the TARS Trust committee about 2000 and when the research farms joined together to form Dairy Trust Taranaki, Graham became the Deputy Chairman, a role he held from 2016-2020.

Graham has met a lot of like-minded people and has really enjoyed his connections with outside organisations.  It has been a great journey. 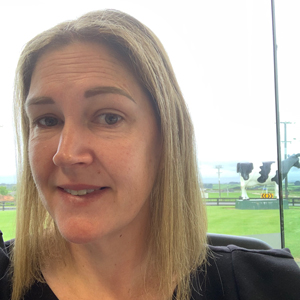 Nicola comes from a farming background and after completing an Agricultural Science degree at Massey University, managed to secure a job with Fonterra.

Over the last 17 years Nic has worked for the Co-op and held roles in health and safety, compliance, project management and dairy operations. More recently she has taken on the role of Regional Head for Farm Source Taranaki.

Nic is passionate about all things Fonterra, the dairy industry and her people. She’s always up for a good yarn – stakeholder communications is a favourite part of her role.

Outside of work you can find Nic, Paul and her two boys not far from a fishing rod, white bait net or a lake boat!